John Wesley said “Do all the good you can,”
Thirteen of our present and former students took a day to travel to Joshua Agate’s funeral. He was a 2013 graduate of Living Hope High School who met an untimely and horrifying death. The authorities seem to think he was murdered in the sugar cane field where his body was found. Our hearts are grieving for a young life that ended too soon. We send our sympathies to his family and ask the Lord to heal their grief and move them forward in good memories of a good son.

John Wesley said “By all the means you can,”
Living Hope will be beginning another construction project, this one mandated by the Health Department. When we were last inspected, we did well on everything except the kitchen and they gave us several suggestions on ways to bring it up to grade. Some of the improvements are new cabinets, tile floors, a reconstructed stove, and a real work/prep table. A mission team from Winchester (three couples) will be working on this project during the last part of January. If you would like to donate to this, feel free to do so by sending a check to Riverton UMC, P.O. Box 23 Riverton, WV 26814 with “kitchen” in the memo line. 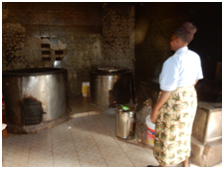 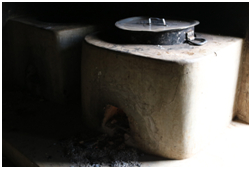 John Wesley said “In all the ways you can,”
Doctor Virginia Rae has been our special guest at Living Hope since the end of June. She feels she is called to missions and answered an advertisement that we posted at Eastern Mennonite Seminary. We were requesting a seminary student with some background with young people. Oh my, did God provide that with a plus! She not only is a professor at a junior college, teaching Business but has also raised eight children on her own. We are enjoying her and wish she could stay forever. She has been a big help to the students as both a friend and a counselor. She has helped Marilyn immensely while she has been ill. She has taught business and has brought new ideas and techniques to her teaching. The pictures show her little house where she is enjoying her mission time. We hope she comes back to us when she finishes at seminary. We want to encourage all of you, if you feel a call for mission work, to contact Sandy Binotto, 304-839-1505, and see if we can place you, for a month, for a year, for forever. 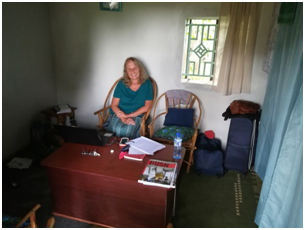 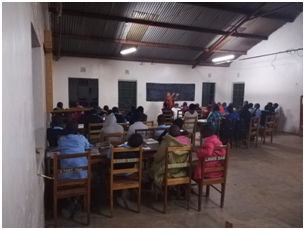 John Wesley said “In all the places you can,”
While Ivan was visiting the United States we went to many churches and got donations for our college graduates. These generous people have fully funded Ivan for his entire college education. Other sponsors that have funded students are the sponsors of Dishon Wamalwa, Collins Wasike (partially funded), Griven Simiyu, David Papella, Silvia Biola (partially funded), Naphtal Sikuku, and Zabby Kituyi. We and the students are so grateful for this kind of witness and being true to Jesus’s commands. Bwana asifiwe! Asante-sana! Some older graduates have gotten additional funds as well, Nicodemus, Griffin and Rogers.

John Wesley said “To all the people you can,”
While Ivan was here we got word from Stanley that the boys’ latrine had caved in. And what a cave in! Stanley said he actually thought it was an earthquake! Now we know what it must have been like for the 250 men who got swallowed up by the earth while they were contending against Moses and Aaron. Thank the Lord it wasn’t occupied at the time! When the earth had opened up, it took the boys’ shower with it. So now we are in the process of rebuilding a bigger and better facility in a new spot. The old spot has been filled in with the dirt out of the new hole. 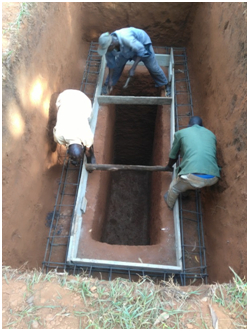 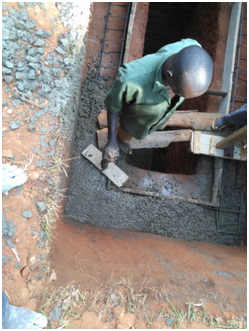 John Wesley said, “As long as you ever can,”
Ivan made quite an impression while he was here, if you would like to view his sermon at Conference go to https://www.youtube.com/watch?v=2VB2slE86q0 and watch all 40 minutes of it. You’ll enjoy it! As you think about Ivan and how impressive he was, please keep our other graduates in mind. They are every bit as impressive as Ivan and we need a lot of dedicated sponsors to help them achieve their dreams and plans for their life. All they need is the funding to make it happen. Please send all your contributions to Riverton UMC, P.O. Box 23, Riverton, WV 26814 with “college fund” in the memo line. We have eight students who received a partial government scholarship for four years who need additional funding.

“Preach the word; be prepared in season and out of season; correct, rebuke and encourage - with great patience and careful instruction”